“When the well is dry, we’ll know the worth of water.”
~ Benjamin Franklin

“I drink, and I know things.”
~ Tyrion Lannister 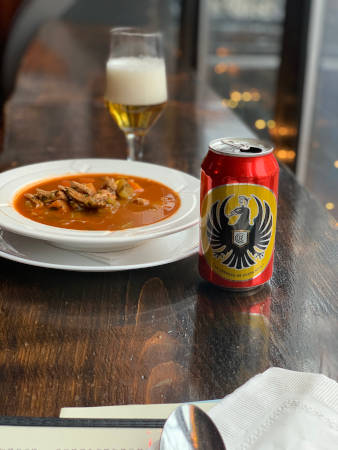 I’ve been hearing a lot about Imperial lately, and not just from friends and customers who’ve enjoyed it while vacationing in Costa Rica.  Imperial – which has been brewed in that country since 1924 and has long been the #1 selling beer there – is definitely an excellent light lager. But what stands out perhaps even more is the brand’s defined commitment to environmentally responsible and community based brewing.

But what exactly does that mean? Their process, enacted in 2017, is a decidedly unique approach to sustainability that begins at beer’s source and implements a 4-step process. Imperial first measures its water footprint, gauging 100% of its processes via international guidelines to make beer using less water. The company then reduces its water consumption via closed-loop cooling systems and condensation conversion, decreasing its production process water usage by nearly 50%. Next, Imperial compensates by helping to conserve thousands of acres of Costa Rican rainforest that trap rainwater, refill natural basins, and protect local watersheds. Finally, the company partners with local NGOs to protect, maintain and improve access to fresh water for local communities throughout the country. And at a time when certain world leaders would have you believe that sustainability is a millennial buzzword, global warming is a silly myth and corporate responsibility is somebody else’s problem, Imperial’s approach is to be commended, respected and supported.

So what about the beer itself? Imperial is an American-style pale lager that pours golden in a glass, with a taste that’s clean, crisp and mildly spicy/sweet. It’s just-right light, and deliciously refreshing served ice cold. Folks in Costa Rica drink it with lime and salt, and you’re welcome to also. It’s a perfect summertime beer whether you’re laying on the beach at Playa Conchal or hanging out at one of our Dive Bars.

We’re proud to now carry Imperial, a beer you can always feel good about drinking. Because enjoying good beer, good times, good people and good causes brings together everything a neighborhood bar should be.